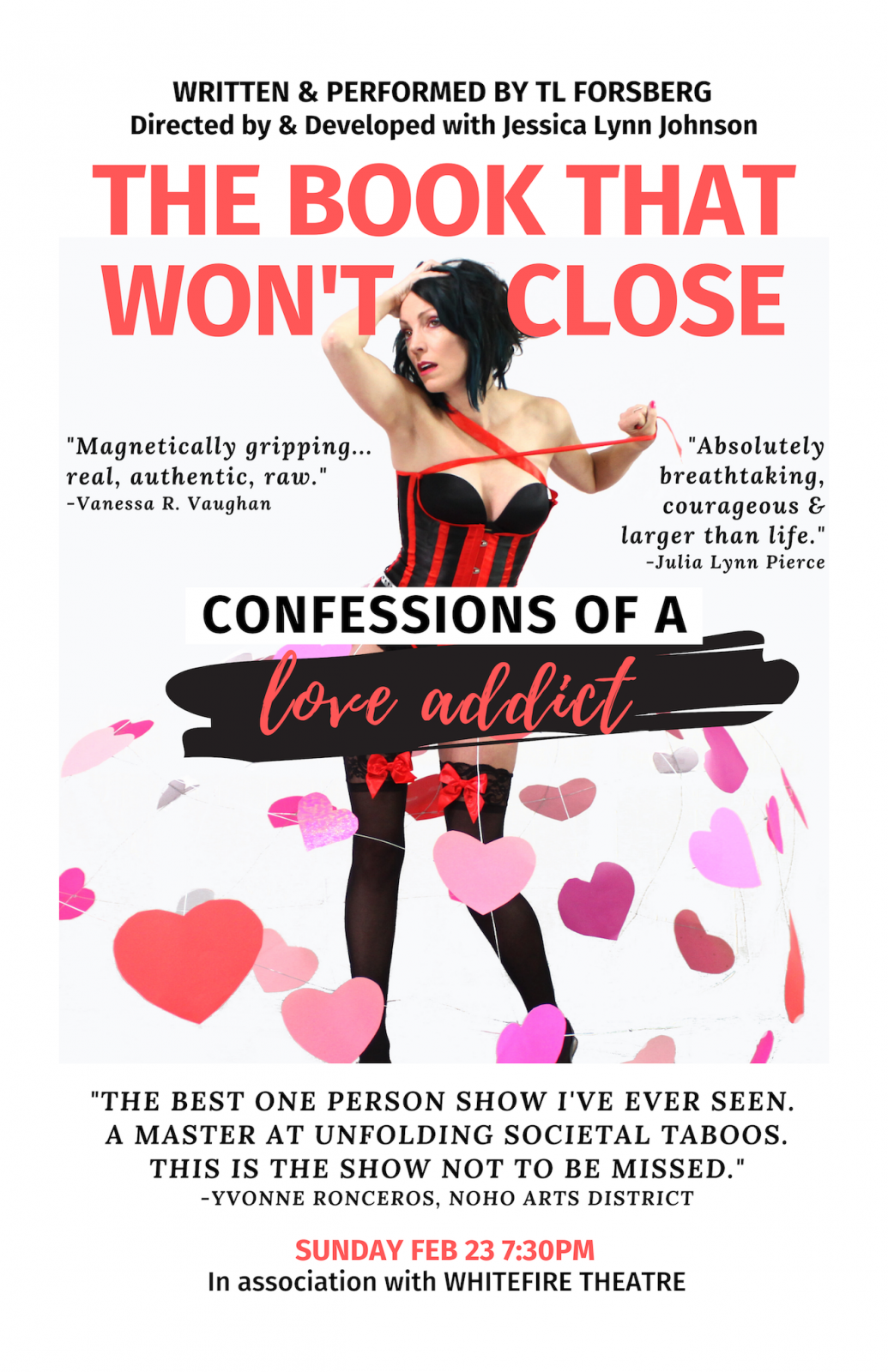 The Book That Won’t Close – Confessions of a Love Addict
Best known for her real life role as herself in the award winning documentary, “See What I’m Saying: The Deaf Entertainers Documentary,” TL Forsberg is an international performer, actor and diversity advocate.
Follow a bi-culturally fluid Deaf woman through a series of bad relationships, until she meets a Transgender Orgasmic meditation coach who walks her through a self-contained rehab for LOVE ADDICTION to confront her unhealed trauma and shame around the parts of her that are both hearing and Deaf. Through her unique relationship with TREVA, a Trans person who embraces both masculine and feminine, our protagonist learns to claim her place as a sacred Hybrid on the path of healing and integration.
The show is a dark comedy that includes music, dance, video projection and sign language and is not only inspirational but is “Edu-taining.”
The show debuted and sold out at The Santa Monica Playhouse, BFF: Binge Fringe Festival, and was reviewed by NoHo Arts district as, “..the best One Woman Show I’ve ever seen!”
Directed by and developed with award winning director Jessica Lynn Johnson. The show is inclusive to both hearing and Deaf audiences through the use of American Sign Language & spoken voice. Rated: 18+
The shows running time is 75 mins and due to its mature subject matter is reccomended for 18+
Written & Performed by TL Forsberg
Directed By & Developed with Jessica Lynn Johnson
Festival Executive Producer Bryan Rasmussen
Festival Associate Producer Nancy Santiago
Technical Director Brandon Loeser