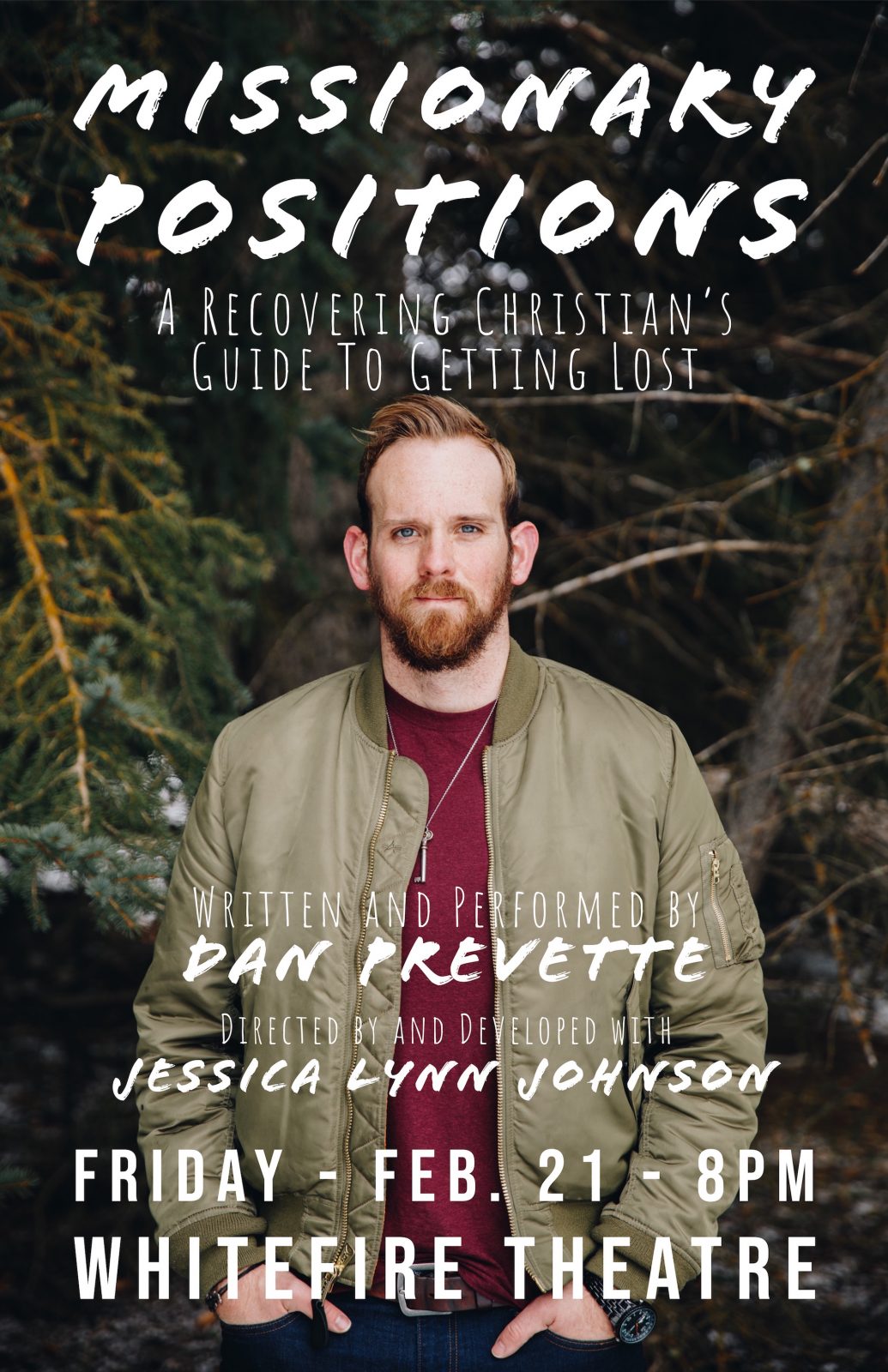 Dan Prevette is a Christian.  Or… he was.  He’s a former missionary kid and recovering Evangelical, but he’s terribly lost.  So, he’s retracing his steps, pondering God, sin, and balls.
Born to devout Born Again Christians who committed their lives to the service of the Lord, Daniel was raised in Thailand, Cambodia, Romania, and a couple of these United States thrown in to stay relatable.  Growing up a member of a Pentecostal Church he always believed his mission was clear; “bring salvation to the lost.”  However, cracks start to form when a saved boy starts feeling a little lost himself.  Using a multi-media blend of true stories, characters, and cultural commentary, this auto-biographical solo show about faith, doubt, and trauma, finds Dan asking the question no one around him seemed interested in asking; “what’s so wrong with being lost?”
Join Dan in getting lost as he makes his Solo Performance Debut as an official selection of Solofest 2020, the largest solo theatre festival on the west coast!  “Missionary Positions” includes adult language and discussion of adult themes, and is therefore not recommended for kiddos.  “Missionary Positions” is written and performed by Dan Prevette, directed by and developed with Jessica Lynn Johnson, and presented in association with the Whitefire Theatre.