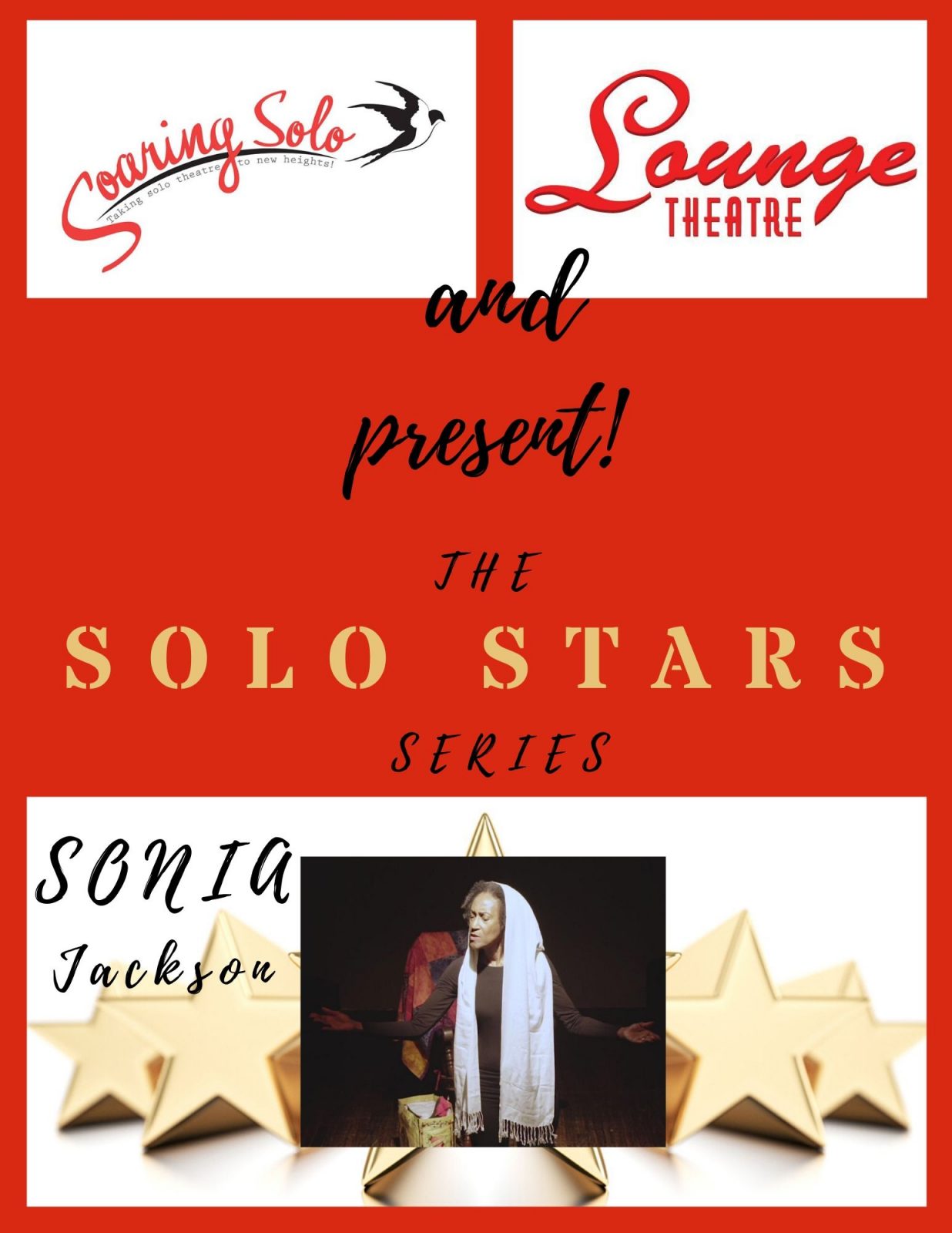 MAMAISMS is Old-Fashioned Wisdom for a New Generation.  What we learn from Mama is truly timeless. We all know the Mamaisms, “Because I said so!” “Eat that food, there are starving children in the world!” or “Say that again and I’ll wash your mouth out with soap!” And, we have our own relationship to each one. Sonia Jackson gracefully balances both comedy and drama to uniquely present the criticism or praise, hostility or peace of growing up.

Sonia’s character work is remarkable and takes us on a roller coaster of universal themes about grandmas, mamas, children and mothering. Sonia’s grandma guides a multi-generational cast of characters of little boys and girls playing, teens discovering, mamastending and more to tell the stories that make us think about how to parent well and how to just be thoughtful, mindful and kind in life.

Mamaisms premiered to a packed house at the largest solo theatre festival on the West Coast SOLOFEST 2019 at the Whitefire Theatre. Come, be reminded, laugh and cry at the Mamaisms we grew up with and maybe learn a new one or two!”

Sonia Jackson began in entertainment by studying people in life and the corporate world.  Having enough material, she jumped in doing stand-up for fun.

Since Sonia’s only other credit was a play she wrote/produced in the 2nd grade and being past the age of ingénue, she did something memorable: her first solo show, “I’m Gonna Fly,” a critically acclaimed play on the world’s first licensed black aviatrix, Bessie Coleman. Now credits include “This Is Us,” “Stray,” “POLY,” “Jurassic Park 3,” “Speed,” “The Fosters,” “Grey’s Anatomy,” “Villain,” “In Response Year of the Woman” and more. Sonia is a Towne Street Theatre Company Member, has studied improv in LA and Shakespeare in England. Her play, “Conversations ‘Bout the Girls,” birthed 14 years ago, was turned into her second solo show at the Hollywood Fringe Festival in 2017. “Mamaisms” is Sonia’s third solo show.

Sonia is expanding in so many ways she has given herself the title of Creatist.

For tickets call or use link provided: