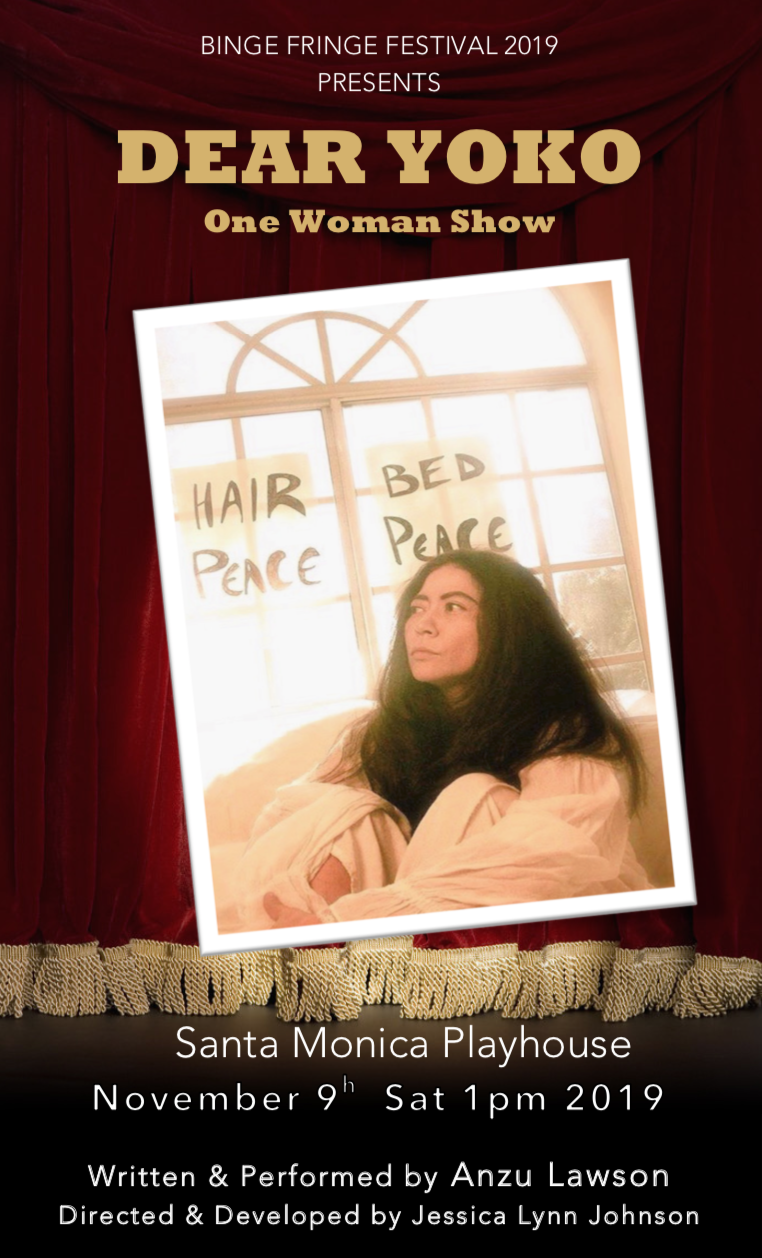 Asian-American Anzu Lawson learns the lesson of a lifetime as she learns to portray the most famously hated Asian Woman in the world, Yoko Ono.

Long before Asians were represented on mainstream TV, American-born Half-Asian Anzu Lawson found only ONE iconic Asian woman to “model in the footsteps of” and that was Yoko Ono. To her disappointment, people did not like her. Why? It was never explained to her.

Teased growing up, the shame of being Asian stereotyped was influential in causing Anzu to disidentify with her Asian heritage all the while trying to newly navigate through a white male-dominated Hollywood, as a budding naive starlet. This being a time where roles were limited to concubine or a martial artist.

It wasn’t until 2011 when Anzu’s acting teacher, posed the question- “Have you ever thought about playing “Yoko Ono?”… that would catapult Anzu out of her depression into realizing her life purpose and why she was born, the way she looks, here and now.

8 years of research later, who knew how learning to portray & perform YOKO ONO, “the most misunderstood Asian woman in the world” …in a musical that Anzu would ultimately pen called www.DearJohnWhyYokoMusical.com … would make Anzu finally embrace all the things you misunderstood about yourself, life and John Lennon’s peace inspiring love for his oriental muse, Yoko.

For Reservations call 310-394-9779 ext. 1 or Email theatre@santamonicaplayhouse.com
with show title, name for will-call, phone number, and number of seats

This show is a part of A BFF Binge Fringe Festival of Free Theatre Event.