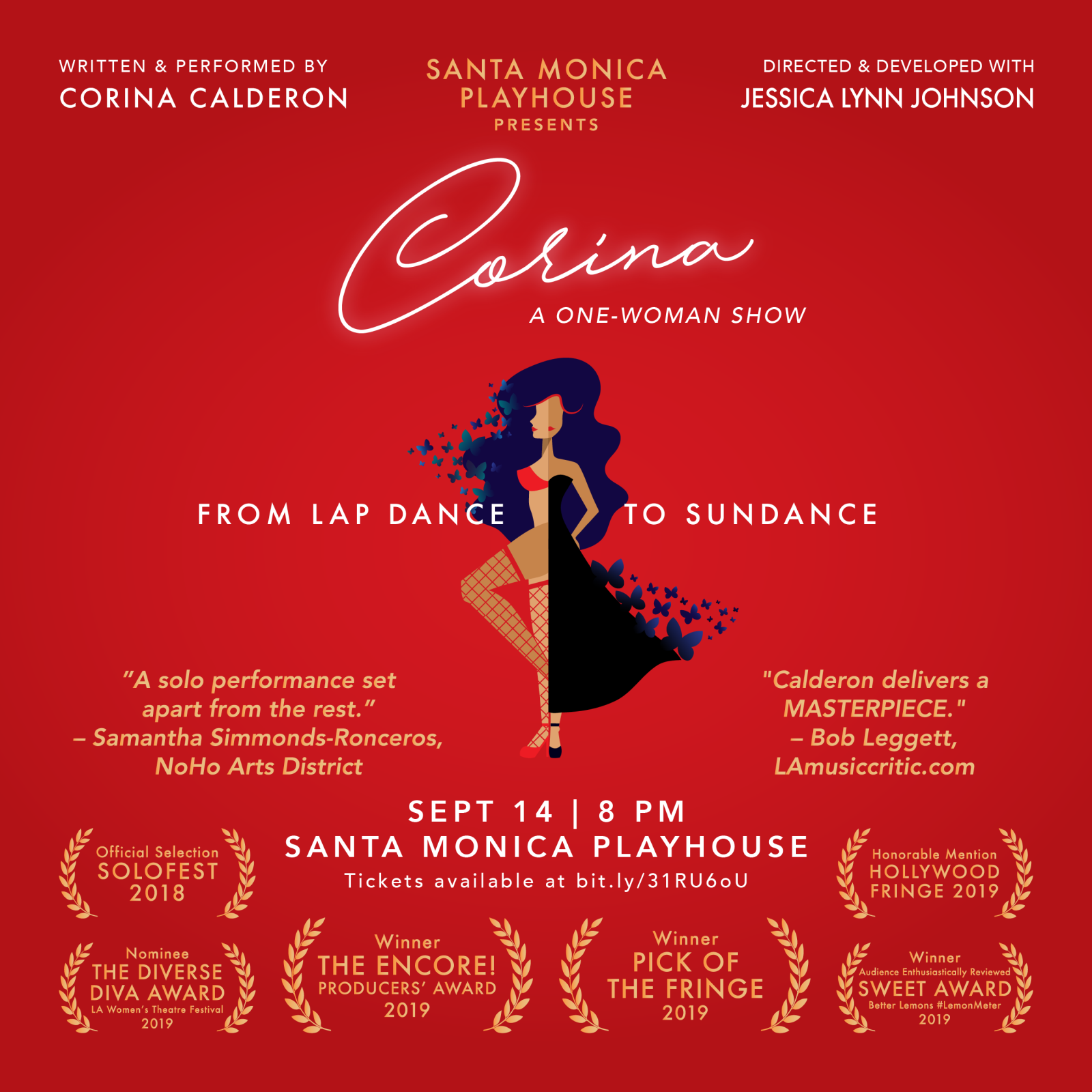 Follow Corina’s journey from working as a stripper in Austin, Texas, to being cast as the Lead in a feature film that was nominated for the Grand Jury prize at the Sundance Film Festival. Hiding the truth from her judgmental, Mexican-American Catholic family. Finding support and friendship in the club. Her upbringing, her newfound confidence as a woman and artist. Her sinuous Cumbia, Salsa, and Merengue. And the multiple characters and multimedia showcasing her life of perseverance to fulfill her dream of coming to Hollywood, no matter the cost.

Written & Performed by Corina Calderon. Directed by and Developed with Jessica Lynn Johnson.

Mexican American actress Calderon is best known for her role as Jazmine in End of Watch, directed by David Ayer and starring Jake Gyllenhaal and Michael Peña. She was nominated alongside Gina Rodriguez, Eva Longoria and Eva Mendes for Best Film Actress at the Imagen Foundation Awards. Other credits include a recurring role on the TNT hit series Murder in the First, C/Warner Bros. motion picture, Suicide Squad, and the lead role in Khali the Killer, released by Millennium Films.